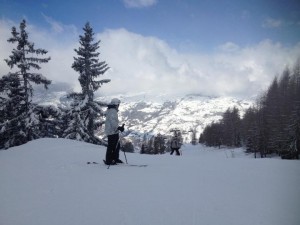 I started skiing when I was about 4 and after a gap of around 10 years picked it up again at school. I’d skied a lot on the dry slope at Harlow and having 10 years of Ice Hockey under my belt, balance came fairly easily to me. On my first school trip to Courchevel I won the ‘most improved skier’ of the week prize, having started in the bottom of five groups and ending up in the 2nd with kids that had skied for years. I was hooked. 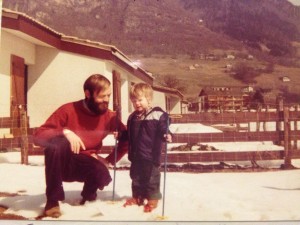 Since the age of 24 I’ve skied every year with my Dad, usually opting to drive out to the Alps in his Silver, G-Reg Porsche 911 – we like to travel in style 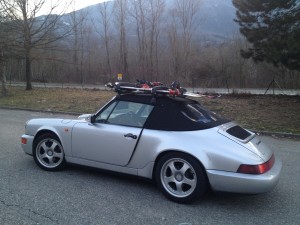 So over the last 10 years I’ve well and truly caught the skiing bug and given that I know a bit about websites (My real job is to steer the ship over at Optix Solutions a digital marketing agency in Devon) I thought I’d start one and see where it goes.
I’ve always said that if I had to choose another career it would be to train as a ski instructor and move abroad during the season. Given that at the time of writing I have my first child (just 3 months old), a dog & cat I love dearly and a very forgiving wife (although not that forgiving), this website is as close to that world as I’m going to get (at least for a little while anyway).
Here’s a bit more about Claire:
Like Al, I too started early, with my parents first putting me on skis at 3 years old. My older sister was 4 at the time (she’s the taller one in the picture below) and took to the sport immediately, whereas I threw what my parents make out to be a week-long tantrum and spent most of the holiday in a strop on the toboggan. Determined not to let a moody toddler destroy the dream, however, they persevered, and from age 4 I was back on board (or rather skis at that stage!). We skiied as a family once a year throughout my childhood (taking my younger sister for the first time aged 4, we weren’t going to make that mistake again!) and I’ve loved it ever since. 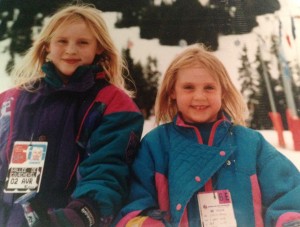 I announced my intention to work ski seasons early on and as soon as I finished school at 18 I was off to Morzine for my first season, working as a Hotel Host for Crystal Ski. This was a fairly unique experience which probably deserves a post of its own, but suffice to say, my skiing improved immeasurably and I was more in love with skiing and everything to do with it than ever before. Though tempted to enter the back-to-back season cycle, I resisted and instead did the ‘sensible’ thing and went to university where I kept my hand in by skiing 3 or 4 weeks a year, including on the notorious university ski trips and racing for the university in slalom. We trained on one of the shortest dry slopes in the country (Fairwater in Cardiff), which took less than 10 seconds to get down but it was fun nonetheless! 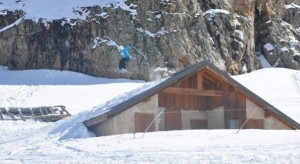 After university I immediately worked a second season for Crystal, this time as a chalet host in La Plagne. I adored having my own chalet and was a pretty good host for the quality of the chalet…my satisfaction rating was 97% at the end of the season! On returning home, the temptation was high to carry on doing seasons but I also wanted to try living the London life, so I combined both by getting a job selling chalet holidays for Interactive Resorts and moved to Balham. Meant as a 6-month stop gap before finding a ‘career’, I found I loved the job and the lifestyle (which featured free ski trips and talking about skiing all day!) and ended up staying there for 2 and a half years. At 26 I am now an expert on all things chalet, a pretty good skier and a halfway-decent snowboarder, but there is always room for improvement! 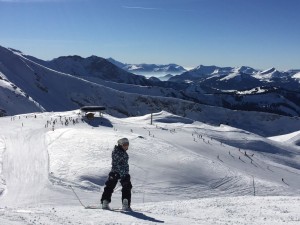 The career has finally happened now, as I eventually decided to become a primary school teacher and have just secured my first position which I’ll start in September. I’ve already felt the pinch, only managing one week’s skiing during my PGCE year! This blog will hopefully keep the ski dream ticking over for now though